There are two changes that worth telling about. The first one is a redesign of the mini view. The second one is the ability to play the last played stream at startup.

This release, hopefully, should be one of the last using wxWidgets 3.0.5. The wxWidgets developers have just issued 3.2.0. the first in a new "stable" series.

Let's talk a bit about the two main changes

The first one is the mini view redesign. It used to be cluttered by the controls and the taskbar. These took much space. I removed them. Now the controls will pop-up when the mouse is moved over image, like in most other players. In addition, the mini window can now by maximized, which may prove convenient for those who wish to keep the panels or taskbars handy, but still benefit from a large image. 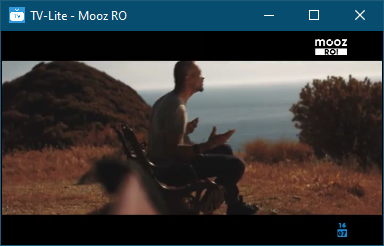 The second feature is is the ability to play the last played stream at startup. TV-Lite will "remember" the last played stream and continue to play it at the next start. If nothing was playing at the time when the program was stopped,
It won't remember which playlist or subscription did this stream belong to. Subscriptions may be updated in between two TV-Lite runs, so the channel may possibly vanish or change. This makes starting it a second time a real challenge . But this problem will disappear, once the history list will be in place. This is what I had in mind when designing this feature - but, unfortunately, currently there is only a history list of one item, which is not yet viewable.

The feature can be enabled or disabled from the Preferences dialogue. 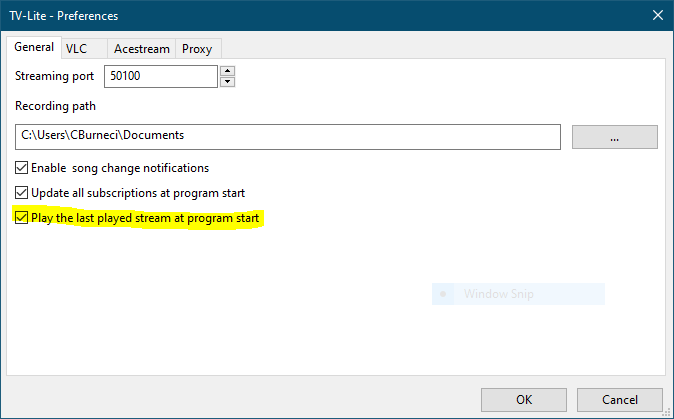 Another fix I tried is on Windows side. The notification messages were malfunctioning. At program exit there was an icon stuck into the system tray area, impossible to get rid of. TV-Lite needed to be killed from the Task Manager.

In order for the notification to properly work in Windows, the app should place its own icon into the system tray. This is what TV-Lite is doing now. The, now well known, icon will stay there from the first notification until the program exit. But, it should not hang any more.
Fortunately,  wxWidgets 3.2 adds more support for notification, fixing most of these issues. But I can't tell when it will be adopted by the major Linuxes